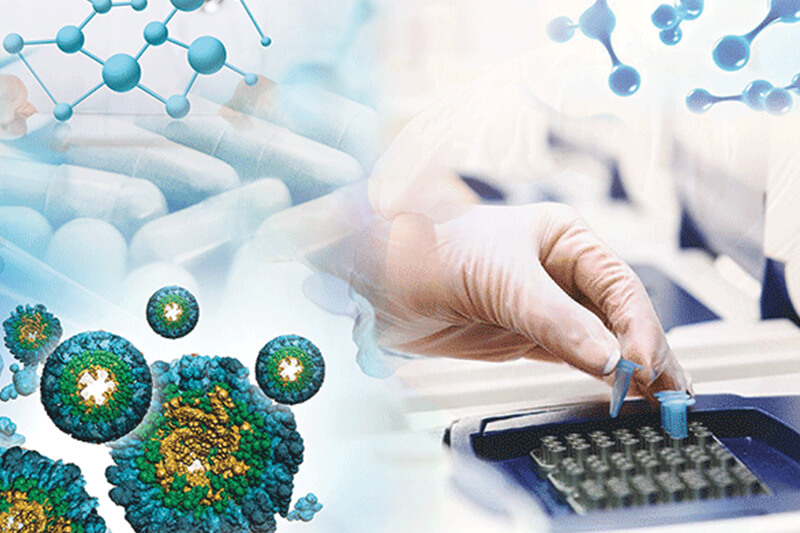 30 Apr Logistics of Technology – Lessons from Wars and Pandemic

“Amateurs talk about strategy and tactics. Professionals talk about logistics and sustainability in warfare.”

The white knight of the modern era is technological innovation. We hope and even presume that technology will provide a solution to many, if not all our problems and to that end we invest in much-supporting research, innovation, and innovators. Yet, as discussed in the earlier article “Kranzberg’s Laws of Technology,” technology is a human phenomenon embedded in the wider context. In that article, we discussed the socio-political context of technology and its impact.

In this article, deriving from Kranzbergs laws of technology – especially the 2nd  – Invention is the mother of necessity; 3rd – Technology comes in packages, big and small and 4th – Although technology might be a prime element in many public issues, nontechnical factors take precedence in technology-policy decisions – we will see how successful adoption of technology depends on an enabling support system i.e. Logistics and how not taking into account the same, would most likely result in technology failures.

In some sense, this phenomenon i.e. failure of Technology due to external factors is well known and tends to be referred to as ‘Technology ahead of its time’. In most such cases that “ahead of its time” as elements of logistics as the underline cause. This is generally reflected in the fact that a product is extremely pricey [Xerox Star] or lacks system support which makes the innovation usable and useful [Nintendo Power Glove and Virtual Boy].[2]

Nevertheless, it is useful to analyse these factors as they are in a more generalised sense a problem of logistical nature as opposed to disaggregated causes. In fact, in its simplest form, it is very easy to see. Any new product when it first comes to market is expensive. In many cases, it is simply an issue of Economies of Scale. As more of the new product is made, the lesser per unit cost becomes, and lower cost, in turn, creates more demand, creating a virtuous cycle.[3] Related to this, but less well known is the Economies of Scope. It is cheaper to produce multiple products with the same resource inputs than to produce many different products with different inputs.[4] This is one of the reasons we see multiple variants of Smartphones, targeting different price ranges, and also multiple iterations of car models.

Yet cost is only a symptom of the issue surrounding logistics. By its very nature, logistics is a topic which while it is not obscure is not intuitive either. In fact, seen without context many decisions made keeping the logistics in mind seems counter-intuitive and lacking common sense. When logistics is working optimally, it is practically invisible to those not directly involved with it. As such, logistics as a concept is most clear when it’s under strain, in a crisis like in war or pandemic.

Guns and Trains:
Normal intuition would be that any gun which increases the rate of fire would be welcomed by the Armed forces. Yet the early history of Repeating Rifles, show repeated (pun intended) reluctance to adopt them by the army brass in the late 19th century USA and Europe. There was a similar reluctance to adopt machine guns too, a little bit later. The standard reason given for this was that a Repeating rifle would lead to wastage of bullets. Most armies in the 19th century were not trained professional units in a modern sense. Basic training given was to perform simple tasks like loading, aiming, and firing on the command of the officer in charge at the right moment. The fact that soldiers had to load each cartridge manually made it easier for the officer to command and direct fire at the right target, preferably in volleys. However, if the rifle had multiple cartridges in an attached magazine with autoloading, then a panicky soldier would fire them off without waiting for a command and waste the cartridge. It would be easy to dismiss this as the Luddite mentality of old brass or general fighting the last war. One could even think the callous Generals cared more about cartridges then the life of his soldiers.

However, a deeper examination shows that there were issues related to logistics. The issue is discussed in parts in multiple videos by Othais from the YouTube channel, C&Rsenal, which deals with the history of military small arms. The issue at hand was about logistics of supplying the army necessary amounts of cartridges. In that era, the majority of the transportation was done by a pack of animals on carts. The only modern form of transportation available were trains, whose networks were very limited and almost never reached the last-mile delivery of generally remote battlefields. (In fact, even in WWII, 80% of the German army’s transportation was by horses.[5])

Needless to say the amount of ammunition carried by and supplied to the army, which essentially moved on foot was very limited. Hence, conservation and judicious use of cartridges was essential to success. The issue was raised since the American civil war.[6] After all, without ammunitions, a repeating rifle was nothing but a throwing stick.

It was not until the Siege of Plevna, in Russo-Turkish War of 1877-78, that it became clear what a game-changer Repeating Rifles were as a small garrison of 40,000 men with Winchester Model ’66 held off the Russian-Romanian army of nearly 150,000 for around 5 months [7] Only after ‘The Plevna Delay”, as the press called it, was there a rush by various European armies to not only swiftly adopt them, but also to develop necessary logistics to support them.

Thus the story of logistics of Repeating rifle is clearly a demonstration of Kranzberg’s Third Law – Technology comes in packages, big and small (also called by Kranzberg as “packages” and Hughes as “systems,” i.e. as coherent structures composed of interacting, interconnected components) and Fourth Law- Although technology might be a prime element in many public issues, nontechnical factors take precedence in technology-related policy decisions.

As this article is being written, Covid-19 has upended the entire world. A disease caused by SARS-CoV-2, a type of Coronavirus has essentially put the entire world on lockdown. And at the frontline of dealing with this crisis is an amazing piece of technological innovation i.e. reverse transcription-polymerase chain reaction (RT-PCR). A marvel of modern technology, to describe in a very simplistic manner, takes the Virus RNA, converts it into DNA by Reverse transcription (RT) and multiplies this DNA by polymerase chain reaction from tiny quantities into large enough quantities that can be detected. This simplistic description obviously hides the very complicated technological leaps and innovation.[8]

Yet this masterpiece of technological innovation is being undermined by similar logistical challenges, in this case a cotton swab. So while in March 2020, testing capacity was ramped up in USA, manufacturing limits and COVID-19 caused disruption meant there was a logistical challenge in providing enough cotton swabs to collect samples to test. According to former U.S. Food and Drug Administration Commissioner Scott Gottlieb, “Swabs could be a weak link in broadening testing,”[9] This challenge meant that during the crucial month of March 2020, testing capacity was limited, reducing the impact of technological innovation.[10]

We see this issue in non-crisis situations too. One of the major limitations to wider usage of renewable energy like solar is a logistical hurdle of developing necessary Smart Grid which can support renewable sources as the present grid is not designed for this new technology.[11]

Thus any innovator, especially one who is looking to deploy technological innovation must take into account the fact that innovation is not a stand-alone phenomenon. The technology exists in and is support by a logistical network. In the medium term, the impact of innovation is limited by the logistical capacity of the system to support it. Also, any innovation which can subsist on existing logistical networks with minimal changes is more likely to not only survive but also make more immediate impact and be sustainable. Conversely, any innovation which requires massive and costly logistical changes to be able to exist or thrive is more at risk of being abandoned.

[3] Kenton, Will. “What You Need to Know About Economies of Scale.” Investopedia, Investopedia, 29 Jan. 2020, www.investopedia.com/terms/e/economiesofscale.asp, Assessed 16 April. 2020.